A Basic Review Of The Apple Mac Pro 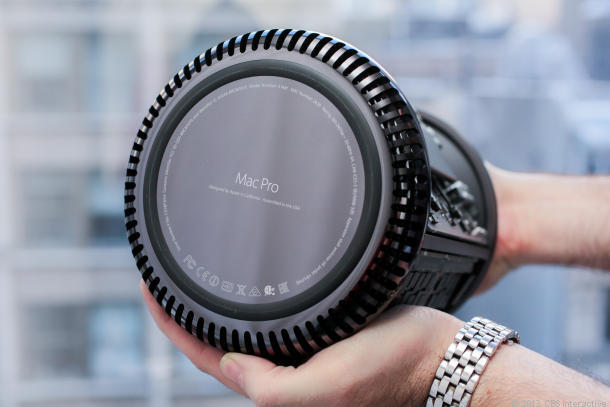 Today I am going to review one of my favorite gadgets from apple, the new Apple Mac Pro, I have to admit that I am not a die hard fan of Apple but most of their gadgets come in with a truly eye catching design and impressive hardware specs so this is why I decided to review the Apple Mac Pro.

The Mac Pro has gone through some significant change but ultimately it all revolves around to what the Mac Pro does. Inside this machine, for a price of 3000$ you get a quad core 3.7 GHz Intel Xeon E5 processor along with 12GB of ram, 2 AMD Firepro D300 GPU and 256 GB of storage.

If you add in a upgraded version of the Apple mac pro along with a new monitor, keyboard and mouse and you can pay up to 11,800$ for this configuration. For this price you can buy the most high-end I Mac possible and save around 4000$.

On the back of the device you have the power plug, the HDMI 1.4 which can drive ultra HD 4K displays and the power button. You also have dual GB Ethernet ports, six thunderbolt 2 ports and four USB 3 ports, the audio jack and near it you have your headphone input.

The only Apple branding that you are going to see is right above the IO’s and onto the left of that you will see the lock and unlock switch for you to take the shell off. On the bottom you can see some slots for the fans and on the top you will also see more slots and that is where the air is going to exit.

The Pro’s black case is removable, it lets you have access to a lot of the devices parts, you can swap out the solid state hard drive, the GPU’s or upgrade the ram very easily but they require seriously specific hardware. It is not nearly as expensive as the last generation of pro either.

This machine is clearly a machine that is made for people who work with video for a living so if you work in the video or movie industry you will find that the Mac Pro is just the fastest and most impressive Mac ever.

If you use final cut pro 10 you will be amazed that it will be able to play four 4K movie simultaneously with color correction on best performance mode, dropping few frames and looking really clean. In full resolution mode there were noticeable drop frames. The new final cut Pro 10 is optimized to take advantage of those dual GPU’s as they are really doing the heavy lifting here.

More than once, a 2010 Mac pro actually rendered videos faster than the new model, up to 25% faster. Native, none transcoded 4K footage only played back smoothly at a quarter or half of its native resolution. 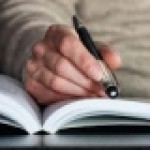 chrisf
Chris has spent many years in mobile and technology world as a mobile and wireless technology consultant and also as an author. He has been writing about various technology products, IT topics and the mobile industry over a decade. In addition to full length works, Chris is a prolific writer whose articles and how-to guides have been regularly featured by various tech-websites, blogs. TCA Wireless is one of the place where he is currently contributing. You can also follow him on Google+.