The Best Stylish Mobile: The iPhone 5 Vs. The Sony Xperia Z1

The Best Stylish Mobile: The iPhone 5 Vs. The Sony Xperia Z1

Sony has slowly, but surely, been trying to claw its way back into prominence in the mobile phone market.  This is a position that was lost when Apple brought out the first iPhone.  The advent of the smart phone madea hit to Sony and left them floundering.  However, many of the new Sony phones, including the Sony Xperia Z1, are bringing the company back into the limelight.  If you are looking for a stylish phone then you should consider the Xperia Z1.  Another phone that you might want to consider is the iPhone 5.

The Design of the Phone

Stylish phones are judged primarily on their overall design.  While this is something you should be looking at it should not be the only aspect you consider with these phones.  Luckily, when you compare the iPhone 5 and the Xperia Z1 you will be looking at 2 very sturdy and well built phones.

The major difference in the phones comes when you look at the dimensions.  The Xperia Z1 is much larger than the iPhone 5.  This could be a good or a bad thing depending on your perception.  Some people find the smaller size of the iPhone to be ideal for one hand use, while the Xperia Z1 can been seen a too large.  The larger size of the Xperia Z1 makes it heavier than the iPhone 5 as well. Big screen fans can’t understand why people get themselves stuck with small iPhone screens. iPhone users are confused about the appeal of the 5 inch display.

The Screen and Display

The colours that you get with the display are slightly different as well.  The iPhone 5 does offer the more realistic and natural colours of the two phones.  However, the average colour temperature is much better with the Xperia Z1.  The highlights with the Xperia Z1 are the primary problem and this can lead to a loss of detail in the image.

The iPhone 5 Vs. The Sony Xperia Z1

The interface and functionality of the phones is hard to compare because of the different operating systems that they run on.  The Xperia Z1 runs on a customised version of Android, while the iPhone 5 offers the newer iOS7 experience.

The Sony UI that you get with the Xperia Z1 does not actually have anything new for the most part.  The processes that you have with Android are basically the same even with the new interface.  There are a number of customisations of some apps, but it is still very similar to ‘standard’ Android.

The new iOS7 does stay true to the roots of the iOS of previous iPhone models.  There is a bit more control for the user with this operating system, and it does look slightly different.  However, there are many aspects of the interface that are the same as the previous version of the operating system.

The Memory and Processor

As one of the newest high-end smart phones, the Xperia Z1 has all the latest equipment when it comes to the processors.  The phone offers a quad-core processors and the latest system chip.  The iPhone 5 offers an Apple A6 chip and a dual-core processor.

Both of the handsets do run very smoothly and have excellent response time for applications.  However, a head to head test is not viable because of the different operating systems that are buying used.  The operating systems will connect to certain aspects of the phone in different ways, which makes comparison very hard.

When you look at the system RAM memory you will find that the Xperia Z1 offers the better specs at 2GB while the iPhone 5 has 1GB.  The internal storage of the Xperia Z1 is 16GB, which is lower than the largest iPhone 5 which has up to 64GB; although you will pay increasingly higher prices as you go up the iPhone memory levels.  The Xperia Z1 does have the ability to expand the memory with the use of a micro SD card.  This means that overall the Xperia Z1 could have a larger memory for a much lower price.

The iPhone 5 Vs. The Sony Xperia Z1

The Camera on the Phone

Both of these phones have very good cameras, which makes comparison vital.  When you look at the overall performance of the camera you will find that the Xperia Z1 does win through the more advanced technology that it employs.

Many people think that the iPhone 5 is more iconic than the Xperia Z1.  However, this is personal preference, as some people prefer the smaller iPhone model, while others prefer to have the larger, more powerful, and perhaps more sexy Xperia Z1. 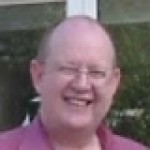 Philip Turner
I am a writer, editor, cook, gardener and blogger. I can teach science (especially chemistry) and maths