In today’s mobile market, the title for the “King of Smartphone” lies between two of the largest mobile manufacturers today — Apple and Samsung. Currently, their latest flagship handsets (the iPhone 5S and Galaxy S5) are two of the highly sought after devices on the market. Apple’s iPhone 5S, which arrived late last year, presented their handset with their newest technology, the two-way authentication fingerprint scanner on the Home button. But, if you think Samsung will let Apple steal their thunder with this new innovation, they also revealed early this year that their newest Galaxy device will have a fingerprint screen-to-Home button scanner to unlock the handset.

If both devices have the same special feature, what will help us differentiate between the two to see the best smartphone on the market this year?

Processor
Of all the smartphones, the S5 is one of the few handsets sporting the new Snapdragon 801 processor with a power of 2.3 GHz to 2.5 GHz. The 5S, meanwhile, is the first 64-bit device with a A7 processor. For the graphics compartment, the Apple handset comes with a PowerVR G6430 GPU, whereas the S5 is equipped with an Adreno 330 graphics chip. Here is a quick comparison of the graphics and speed:

Speed
For speed, we’ll use an app that is available for both platforms and requires quick processing speed such as Instant Heart Rate, which T3 App Chart gave a 4/5-star review. Based on our observation, S5 was able to record pulses easily. Once you open the app, swiping your finger on the sensor yields instant results in a few seconds. On the other hand, the iOS app took longer to lock down the pulse, as you have to be very still when scanning your finger.

Graphics
To better examine the graphics unit power of a handset, we must use a gaming app that needs speed and intense visuals that work for both systems. Online-based mobile games such as the Partypoker app, which received an overall review rate of 8/10 from PokerEagles.com, will be a good test for this phone. Upon loading the game, the 5S does a good job on the graphical representation of the table and the poker chips. The movements of the players are also smooth and natural, making it easy to bet without any lag. It works flawlessly on the S5 as well, especially with its large HD panel that makes tapping on the screen much easier. On the their blog, author Danny Willis wrote last year about the all new partypoker applications that will have all the new desktop features with a fresh approach to rewards, accounts, and cashier. When we tried these features, it works without any lagging or a freezing screen, thus you can be sure all payments are securely transitioned without any errors.

The Design and Build
Before the release, rumors said that an S5 version would come with a metal finish, which is similar to the iPhone’s current build. However, this didn’t happen. The Korean company released four versions with plastic hardware in a variety of five colors: copper gold, blue, white, and black. It sports a perforated pattern in congruence to the company’s vision of a “modern glam look.” While there’s no waterproof version, the S5 is IP67 certified, making it dust and water-resistant.

Meanwhile, the 5S borrows the overall design of its predecessor (iPhone 5), only with the addition of the silver, space gray, and gold variants. Out of the box, the 5S is presentable at face value, especially with its thin build and the ease in which you can carry it. However, it can be easily scratched unless you use a protective shell.

Camera
The iSight Camera on the iPhone is armed with an 8-megapixel snapper, yielding some of the best smartphone images through its True-Tone Flash. PC Advisor commented that what makes the photos less saturated and more realistic are the addition of the f2.2 aperture, which balances the amount of light that penetrates the snapper.

Samsung ups the ante by incorporating the S5 with a 16-megapixel rear camera, leaving the Samsung Galaxy S4 with only 13-megapixel. Samsung made efforts to rectify the shutter speed by introducing the phase-detect autofocus, allowing the current flagship to focus on its subject at 0.3 seconds.

What we’ve discussed in this mini-comparison review is what most users consider in buying a smartphone – camera, processor, design, and the high-tech features. While each aspect brings in pros and cons of each device, all it takes is a smart consumer to fully assess their needs to know the best handset. 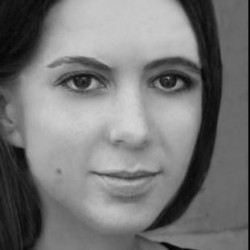 Lily Sommers
Writing is my passion and gadget is my fashion. 😉