Apple Watch: The First Wearable Contender of the Cook’s Camp

Wearables have been on the market for a long time, yet it is only in these recent years that we took a chance to appreciate and watch it blossom into powerful gadgets. Smartwatches are the newest attraction on the mobile arena today. In fact, a recent study by Gartner revealed that 50% of people worldwide will consider purchasing smart wristwatches and not fitness bands by 2015. Thus, the release of the much-awaited wearable from Apple next year is in perfect timing with the increasing demand for modern timepieces.

Previously, we have discussed whether it’s about time for mobile users to get the iWatch. Since it was too early to tell back in 2013, we were undecided about the technology. But, with the official announcement in September, we can have a solid proof that this gadget is finally coming to life.Today, we want to introduce you more to the upcoming and the first wearable device from the Cupertino camp. Read more below.

Comparison
To get a better understanding of how the Apple Watch will perform once it gets released next year, here is a side by side comparison of the modern timepiece with other smartwatches on the market. Unlike the other modern watches we have today where it came out after less than five months from its announcement, Apple almost took a year to get their first wearable available on the shelves (in fact, nine months). It is set to be released Spring of 2015.

Although we weren’t delighted with the long wait, what we find impressive on this timepiece is its functions and designs. Given that it is an Apple device, it will carry the company’s propriety operating system (iOS 8) defeating the Android wearables out there. It will feature an interface similar to the ones on the iPhone 6 and 6 Plus but, with more fun logo and organization of the apps on the menu page.

Specification and Special Features
Similar to the release of iPhones and iPads, we are always eager to know the features of its soon-to-release devices. Here are some of the best features of the iWatch:

Being a smartwatch, it carries fitness and health benefits to its user via the built-in Health app, heart rate sensor, accelerometer, and real-time statistics of your workout goals. Similar to the latest iDevices with iOS 8, it will come with WatchKit that will allow third party developers to create apps for the iWatch. It will also have some of the known built-in apps of the company such as Siri, iTunes and Apple TV access, maps, Apple Pay, and sensitive automatic on and off display.

Design
Since most smartwatches today offer the same features and specification, the competition relies heavily on aesthetic presentation of these gadgets. The Cupertino-based company made sure they offer premium designs to their customers, whether they’re into simple look, sporty, or the formal ones.

The timepiece is made up of polished stainless steel over a space black case with sapphire crystal screen protection. The leather bands come in various styles: link bracelet, Milanese loop, modern buckle, leather loop, classic leather buckle, and the sport band. With different designs and colors, the iWatch has 18 designs to choose from that will fit any outfit you decide to pull for the day. Instyle Magazine fashion news director Eric Wilson said that “the Apple Watch will be a status symbol to carry.”

Although the gadget hasn’t reached the shelves yet, a research published by the tech analyst Gene Munster revealed that there’s a decline in interest for the Apple Watch since its launch in September. Out of the 968 iPhone owners who took the poll, only 7% said they are interested to get the wearable, and this continues to decline since its launch a few months ago. But, we believe that until we officially get to see the device out on public, we cannot guarantee its success. For now, let’s enjoy the excitement and thrill of an upcoming and first of its kind gadget from the Cupertino camp. Are you willing to pay $350 for the iWatch? 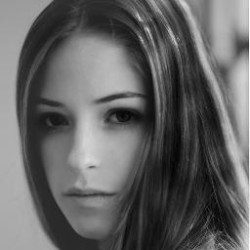